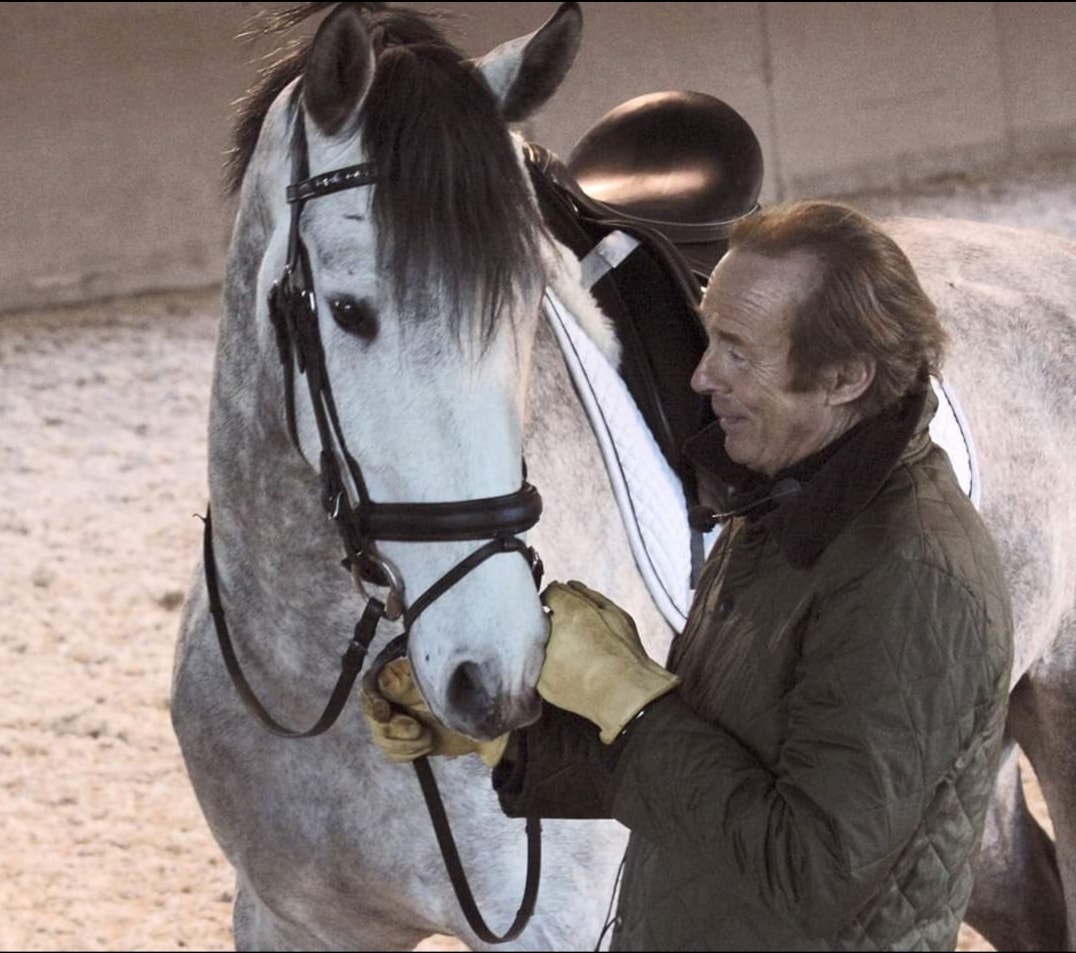 Posted at 22:03h in Articles, Dressage, History by belasikadmin

A new article, by Paul Belalsik, about dressage and the military. Why does this linking of dressage to the military and military movements persist, and to this day sometimes overpower the well-documented artistic evolution of dressage?…The provenance of dressage being guided by artistic forces is overwhelming.

Conquistadors and Artists: Dressage and the Military 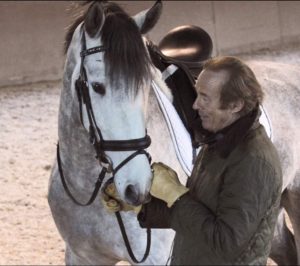 If one wanted to make a case for how the military, particularly the calvary, influenced modern jumping it would pretty much be irrefutable. Caprilli’s development of “the forward seat” and the subsequent work at Tor di Quinto, a calvary school near Rome, was completely revolutionary (no pun intended). A look at some of the photographs collected by Major Piero Santini in the book, “The Caprilli Papers,” published by JA Allen in 1967, is almost unbelievable.

However, the military’s influence in dressage is a much different history. There seems to be a recurring revisionist analysis of this history, particularly how the movements evolved from tactics of warfare. I am not sure why people keep trying to paint this story with a martial brush when the evidence so clearly shows a much more sophisticated and beautiful portrait.

Anyone who has ever trained a dressage horse to High School or FEI competitions, or for that matter anyone who has ever sat on a horse to execute a pirouette knows how difficult these upper level movements are. How much concentration and focus they require. Dressage riders and trainers (I am including myself) don’t like it if horse show organizers place decorations too close to competition arenas, for fear of needless distractions. Now imagine a hundred horses side by side in the chaos of a battle, trying to deliberately execute pirouettes – how likely does that sound?

What about trying to imagine being a barn manager when an instructor starts teaching relatively inexperienced riders and horses to kick out with both hind legs on command? I can assure you there would be far more casualties inflicted on the staff and friends than on any enemy.

In 1609, Thomas Blundeville warned against teaching the capriole and corvettis to horses of service, claiming that such horses “forget their necessary feats in times of need, and were apt to fal a hopping and dancing up and down in place” (Tobey, Rules of Riding).

“The introduction of firearms to warfare in the mid sixteenth century also precipitated new calvary tactics, including the often used caracole, in which lines of armed horsemen trotted forward in synchronization, firing their weapons. “The caracole required neither an expensive horse nor one with intense training  in the manege,” wrote Elizabeth Tobey in the introduction to her translation of Frederico Grisone’s The Rules of Riding.

We don’t really have to imagine more scenarios, because we have eyewitness accounts of war on horseback like Vladimir Littauer’s detailed book, Russian Hussar, where he talks about the drills and endless formations in charges riding side by side. If there was any manege training, it was for elite officers, and it did not filter down into any practical battle strategies.

Why does this linking of dressage to the military and military movements persist, and to this day sometimes overpower the well-documented artistic evolution of dressage? I think there are a few reasons. One is perhaps the oldest book people credit to dressage training: Xenophon’s On Horsemanship. It is not deep in dressage technique, and to me has a lot of art talk. However, Xenophon was a Greek general, and this association is enough to make a strong psychic connection for many people, especially if they have not read his book. Another far more important reason is that with the mechanization of warfare, the Calvary became extinct. My old friend and mentor Henri van Schaik (who himself won a silver medal in the Olympics in 1936) told me, “these guys were all out of work; they loved riding and horses, so they invented competitions.” They made rules for them. They invented tests. They controlled governing organizations. They capitalized on their worldwide networking. If you look at the roster of competitions at the early horse shows, you see it is almost exclusively military men.

The strong association of dressage and the military only became more bolstered by events like the American Army saving the Lipizanners for the Spanish Riding School during the Second World War, with popular movies glorifying it.

Correlation is Not Causation 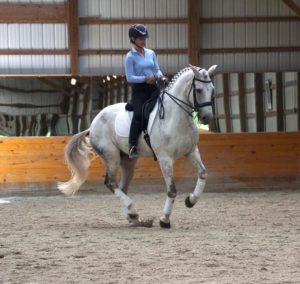 The provenance of dressage being guided by artistic forces is overwhelming. It is quite complete, with hard evidence from literature, illustrations, sculpture, and paintings. For me, the genesis of modern dressage is in the Renaissance, not after the World Wars, particularly in the 1500’s in and around Naples, Italy,. There the forces of the Renaissance met the Iberian horses as Italy was ruled by Spain. Grisone, Fiaschi, and Pignatelli all had schools where noblemen from all over Europe came to train. Antoine de Pluvinel, who became the master of training for France’s King Louis XIII, trained with Pignatelli. There were many others. These men were not soldiers.

“In the 16th century, learning how to ride for arts sake had become part of the training of young noblemen and courts throughout Europe became the centers for classical riding” (Tobey, Rules of Riding).

Although many of these men had military connections, the influencers were artists. The first horse ballets and human ballets originate at the same time. Many of these courtly grandfathers of dressage wrote books to codify their teachings, often with elaborate engravings to describe exercises and movements. Later, in the 1700’s when Gueriniere is acclaimed for inventing the shoulder-in, he gives credit to his predecessor, William Cavendish, Duke of Newcastle. (Gueriniere was an officer at the court of the Duchess of Orleans, but was famous for his teaching and civilian background, receiving students from all over Europe). The history of many movements can be traced this way, from rider to rider. I think what guided the progression was the art and science of the day. In the case of dressage, the desire was to produce something stunning, arresting, and embellish the relationship with another species, to make a partnership and to see where it could go.

Today, scientists like my friend Dr. Hilary Clayton with force plates, computers, state of the art cameras and sensors, help explain movement and movements and adjust our definitions and preconceptions.

A old fashioned camera showed how the pirouette changed from a rapid spin in four strides only 50 years ago to a better balanced and more pure canter in six, seven or eight strides. A more modern high speed camera can show a pirouette canter change to a four beat rhythm, yet Kurt Albrecht’s advice that it should give the illusion of a regular three beat canter is still relevant. A force plate can show there is too much weight being carried by the forehand in the piaffe, and a rider can try to improve it or adjust the exercises they have been doing. The science can inform the training. It can help to show if the creation of something new is causing harm, or straying from the classical principles.

The best of this work has never been and is still not guided by pragmatic strategies of how to use a horse to win a battle or a medal.  The best of the work was a creative exhibition of a true collaboration between two partners and even more amazing, two different species.

I am writing this because aside from ensuring an accurate accounting of dressage history, I want to frame a significant underlying philosophical question for every rider: whether a human being as a rider is a conniving conquistador set on the conquest of nature, or a human being as a rider is an artist trying to be a partner and celebrate nature. Certainly in the past and present we have examples of both.

The essence of the halt – few judges understand what it is