Dressage for No CountryIn these pages Paul shares a lifetime of searching and studying, both through stories of his own adventures and thoughtful essays on the subjects he has pondered during the years he has trained and ridden horses. 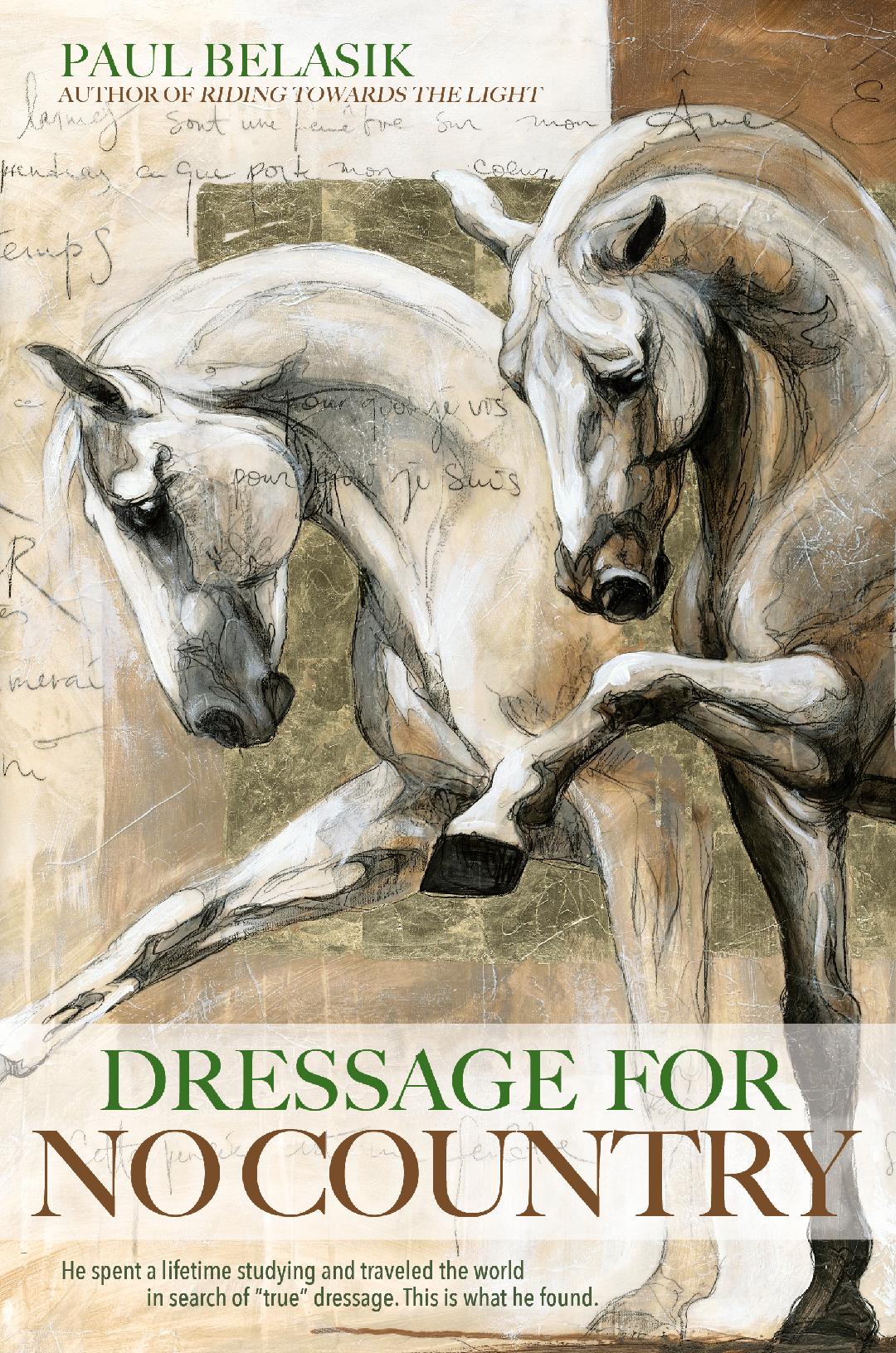 In the 1970s, the sport of dressage was still in its infancy in the United States. Unlike the countries of Europe, there was neither an established tradition nor a written history to educate and inspire. A rider intent on learning the discipline had to be prepared to travel, to immerse himself in other cultures, and to care only for what those who had already mastered the art might teach him. Paul Belasik was this rider, intent on learning all he could about dressage methodology, and willing and able to compare and contrast the various means for achieving related goals: beautiful movement, “lightness,” connection between two beings.

In these pages he shares a lifetime of searching and studying, both through stories of his own adventures and thoughtful essays on the subjects he has pondered during the years he has trained and ridden horses. Beginning in northern New York, and traveling to Portugal, and later, Vienna, Belasik serves as a tour guide of the various dressage “paths” he had the chance to explore, including the German system, the Portuguese art of equitation, and the revered institutions of the Spanish Riding School. Armed with the knowledge and experience he accrued over time, Belasik debates whether classical dressage and competition dressage are at all compatible. Then, he considers the role of mindfulness, how to become a good teacher, and how to be a good student in today’s horse world, providing the guideposts needed to take dressage—and riding, in general—the next step forward.

I’d consider it almost as much a guide to life as a book about dressage.
Noelle Maxwell | Horse Nation Magazine

Bringing together part history lesson, part biography, a dash of hope and a pinch of unvarnished truths, Paul Belasik knits together a professor’s tale of dressage theory, taking us on a journey through his travels around the world both by air and by studied text narrating his experiences along the way. Visiting Germany, Portugal, France, Spain and Austria either by foot or by research, he weaves us through the varying face of classical dressage and how it intertwines between cultures and schools of thought on a search for where collection truly resides. Once again Mr Belasik proves the journey itself is far more important than the actual destination.
Jeremy Steinberg | USEF High Performance Rider | Former USEF Dressage Youth Coach | Aiken, South Carolina | 2019

In Dressage for No Country, Paul Belasik has written a “page-turner” book that one is reluctant to put down. In a charming and conversationally intimate style, Mr. Belasik discusses many of the important principles inherited by the classical riding tradition. He reminds us that this tradition is based on the individual’s progression in academic wisdom and emotional ennoblement. He examines the importance of an emphasis on horsemanship as an academic and spiritual endeavor. We are invited by him to travel not just geographically but also as spiritually aware companions to the horse. The equestrian arts, by their nature, are not competitive. Instead, progression can be evaluated only in terms of personal mastery of the art. The goals are ideals that can never be reached, yet the quest toward them defines the process by which our equestrian wisdom grows.
Charles de Kunffy | Classical Riding Expert | Clinician | Author

In full respect to equestrian masters through the ages, Dressage for No Country reveals Paul Belasik’s reverence for animals and loyalty to art together with nearly unconstrained and open-minded study. Offering an enjoyable, fast-paced read and written in a personal and engaging style, Belasik also reveals his having incorporated philosophical tenets of Buddhism into his approach. The result is both a tribute to the natural beauty of horses and an advisory: Respectful dressage – with rider as artist and student –produces more than the simple sum of two mammals working together.
Hap Davis, Ph.D. | Clinical and Sport Psychologist | Calgary | 2019 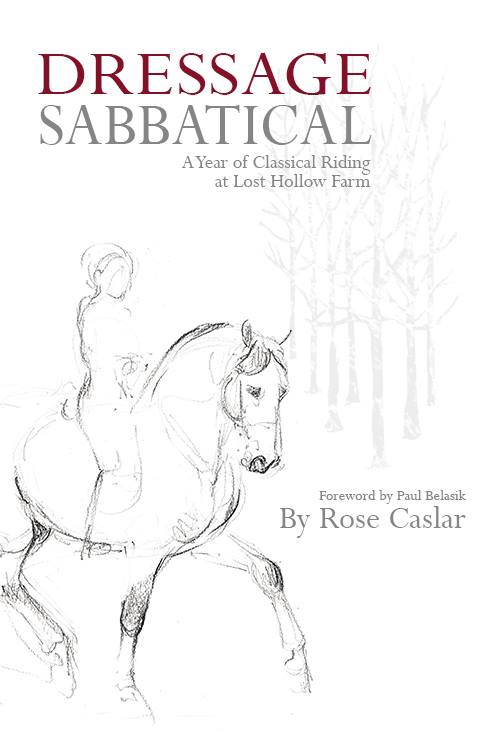 Dressage Sabbatical</h4><span class="project_category">“A Year of Classical Riding at Lost Hollow Farm” is the enthralling tale of a young equestrian’s true challenge of a lifetime.</span> 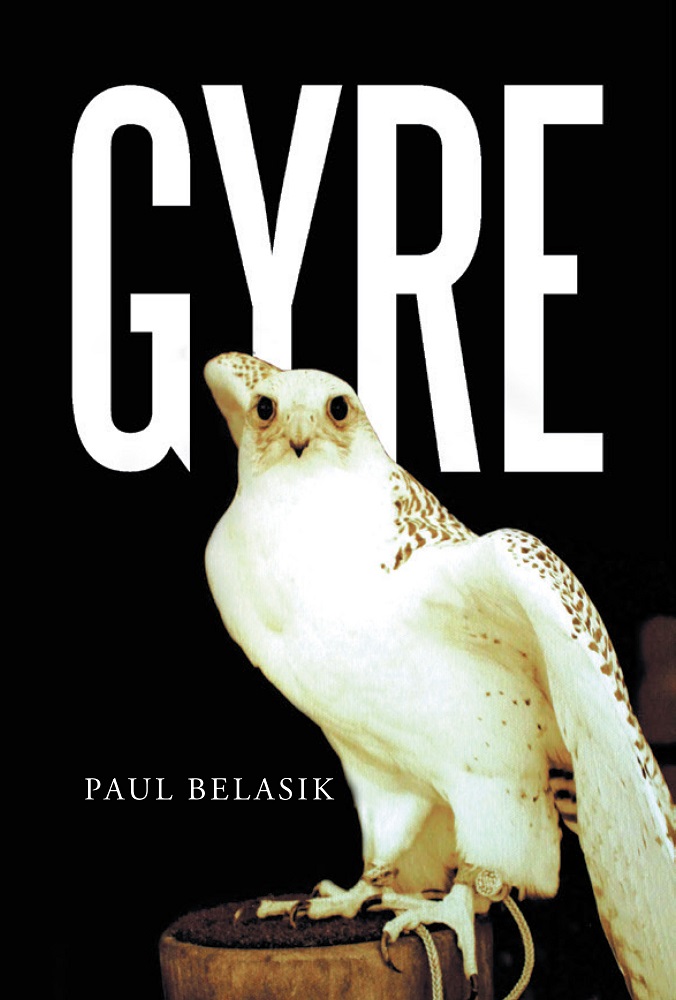 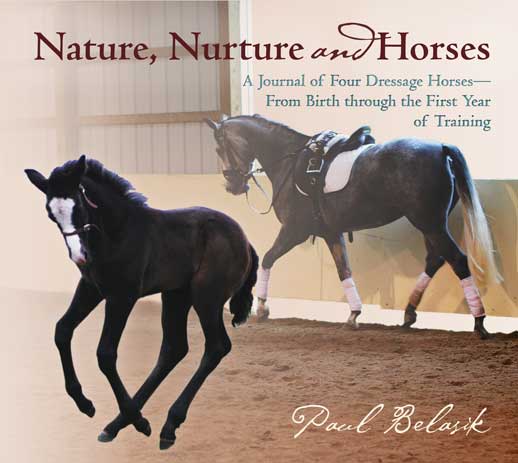 Nature, Nurture & Horses</h4><span class="project_category">Follow along as four young horses—Corsana, Kara, Elsa, and Escarpa—leave their babyhood behind and begin their training for future careers as sport horses, well schooled in the art of classical dressage.</span> 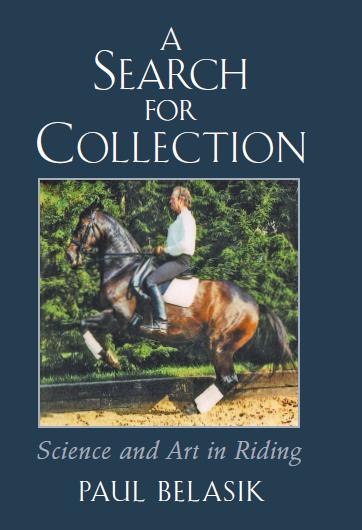 A Search for Collection</h4><span class="project_category">This is an extraordinary and unique book, as intensely scholarly as it is deeply concerned with aesthetics by an author whose previous work is well-known and appreciated. </span>