A USDF Diamond Achievement Award recipient, Rose Caslar Belasik is a lifelong rider and writer. She grew up riding on some of the most remote and rugged ranches and trails in the Pacific Northwest. As a teen, she was a leader on horseback wilderness pack trips for commercial outfitters and hunted big game with her family in Hells Canyon and the Wallowa Mountains. While in high school, she studied natural horsemanship and started young horses under saddle while working for a breeder of registered Spanish Mustangs.

Rose received a full scholarship to the small private school college, Lewis and Clark, in Portland, Oregon, and graduated magna cum laude with degree in English Literature. After college, Rose moved to Steamboat Springs, CO, and started her business, Caslar Equestrian, riding and training a diverse array of horses and riders, including Pony Club, foxhunters, and dressage prospects. She also enjoyed driving teams of draft horses for winter sleigh rides in the countryside of Routt County. While in Colorado, Rose became more involved with Andalusian and Lusitano horses and seriously studied Portuguese and French dressage. She knew from her first shoulder-in that she had found an endlessly fascinating partnership between horse and rider. Her own yoga practice and use of Pilates for core strengthening led her to become a Pilates mat instructor at a busy local gym. 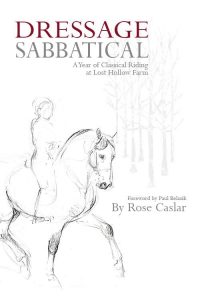 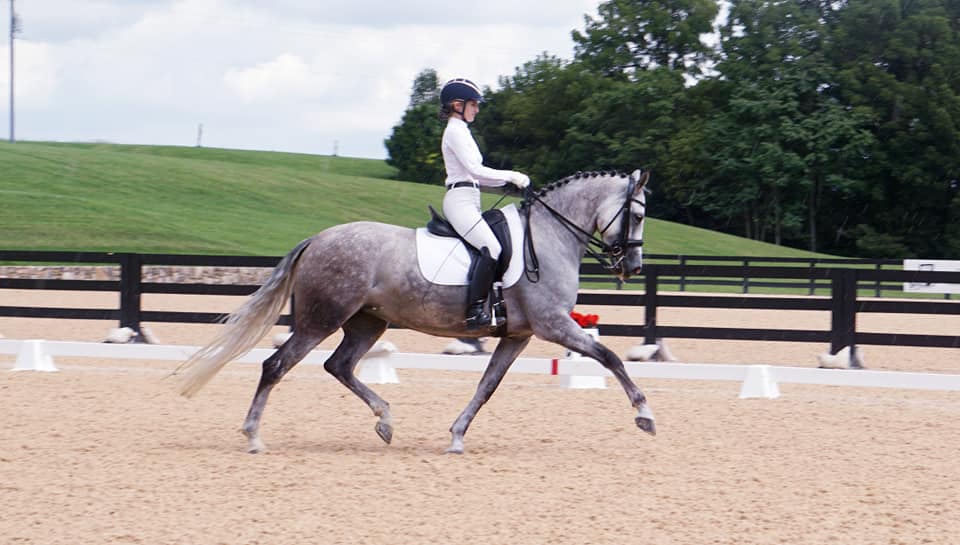 After returning to her hometown in Oregon, Rose studied with USET team member and French classicist Carol McArdle, focused Caslar Equestrian toward pure dressage, and developed a successful sales program of young dressage horses with a Lusitano breeding farm.

Following her love of writing, she served as Secretary and later President of the nonprofit literary arts organization, Fishtrap. She continued her Pilates instruction at a small studio.

In 2013, Rose came to study for a year with Paul Belasik, bringing her Andalusian cross mare. Her blog-turned-book about her year at the Academy, “Dressage Sabbatical,” was published by Mistral Editions in 2016 and has been well received as both an entertaining and substantive story of a year of intensive study of riding, history, and theory. Dressage Sabbatical is available in paperback at kipmistral.com, as well as on Kindle.

Today, Rose manages the Pennsylvania Riding Academy and Lost Hollow Farm in partnership with her husband Paul, trains and competes all levels of horses, and teaches lessons and clinics.